If you have any questions, please contact Barbara at bgoulet@pcoe.k12.ca.us

Distance Learning is in effect until May 29th. All students should have picked up a Chromebook or a paper packet. Paper packets are available on Monday's from 10:00 am - 2:00 pm at both campuses. Please contact the school for assistance: Grades Pre-k through 2nd - Administrative Assistant Barb Goulet at bgoulet@pcoe.k12.ca.us Grades 3rd - 6th - Administrative Assistant Lori Pini at lpini@pcoe.k12.ca.us

Enroll your student as soon as possible so we are ready for their arrival!

Show All Announcements
A weekly highlight of the programs of Plumas Unified School District and supported by the County Office of Education.

“The Science of Rafting” Connecting Learning and Adventure

The Plumas Unified School District 6th-grade theme is the Year of the Watershed. Both literally and figuratively, 6th-grade is a rite of passage year for PUSD students as they earn their stripes as true mountain kids and explore the many tributaries that create the Feather River Watershed. Throughout the year, 6th-graders are immersed in the environments that they are learning about to fully explore the scientific principles they are studying, connect to their home, and foster a deep appreciation for and stewardship of the abundant natural resources surrounding them. Published 4-25-18

The Kindergarten Roundup is an annual collaborative effort of Plumas Unified School District and many county organizations to help incoming kindergartners and transitional kindergartners register for school, obtain their mandated physical and dental exams and have fun doing it! The roundups are orchestrated by the PUSD school nurses who work with local agencies to make the event a success. Published 4-25-18

There is a common misconception that the role of school nurses only includes the occasional first aid duties and caring for kids with a cold or the flu. Yet, the truth is that the responsibilities of school nurses are critical to monitoring and maintaining healthy and thriving schools. School Nurses are foundational to making public education available to every student, regardless of any and all pre-existing health conditions and circumstances. Published 3-29-18

The path to career discovery and passion is different for every person. Some people are born knowing what they want to do, some people think they know what they want, only to find their calling is elsewhere; and still, others find that, in one way or another, their careers find them. Bianca Ruiz-Hernandez, a Quincy local, never planned on being where she is now, but as life would have it, she found her calling working with students with special needs and is currently working as the Special Day Education teacher at Quincy Elementary. The Special Day Class is for K-6th students with moderate to severe disabilities. Published 3-14-18

Fire is a huge part of the culture, landscape, and ecology of the Sierra Nevada. For years, Fire Ecology has been taught in many schools in Plumas Unified, both as a part of general science classes and specifically in Fire Science Courses. Since the adoption of Outdoor Core and Next Generation Science Standards, this fire focus has only increased. One very beneficial educational resource for teaching fire science was created by the Missoula Fire Science Laboratory of the US Forest Service Rocky Mountain Research Station. While many fire ecology principles are relevant in any area, there are forest-specific fire behavior and regional considerations. Published on 1-11-18
Show All News 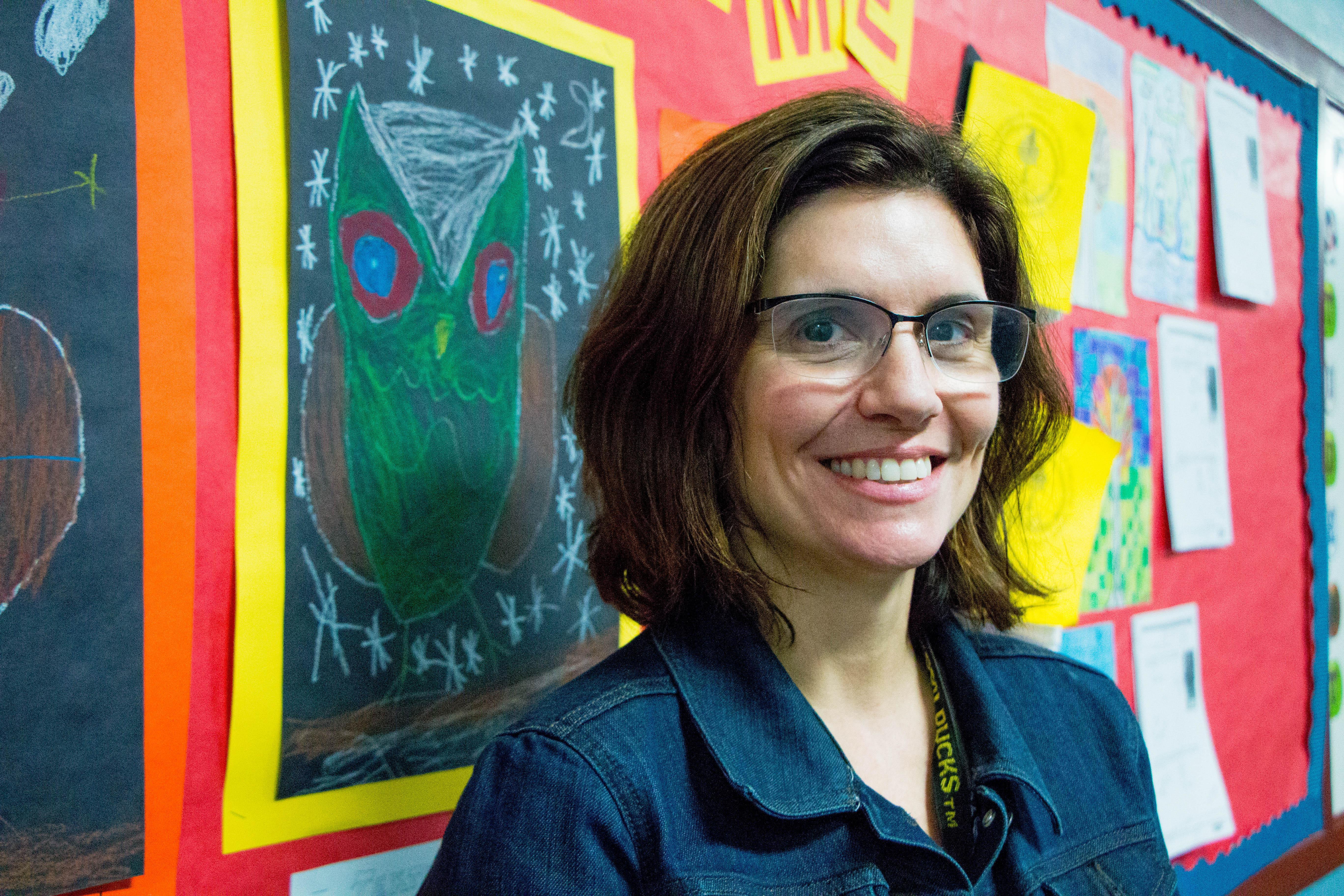 Interview with QES Principal:
"I grew up in a rural, sawmill town in East Texas, and imagined from the earliest age I can remember that I would live in a big city. In fact, at age 5, I packed my Holly Hobbie suitcase, and when my mother asked where I was going I told her I was moving to New York, to become a writer.
Well, I did eventually live in New York and Portland, and then San Francisco, only to find myself in a town that looks a lot like where I started out with that Holly Hobbie suitcase. I haven’t become a professional writer yet, but there’s still time.”
"What makes me unique is that I have a breadth of experiences that not many people have regarding social class. I was raised in poverty by a single mother, and yet had very wealthy grandparents whom, in spite of not helping my mother support me, occasionally took me on their private jet to Saks Fifth Avenue in New York to buy school clothes, or took me on lavish vacations. Not many people have experienced those extremes of American culture. Many (of course, not all) educators were raised in the middle class and have a shared set of values. I had to think critically about my values and define them for myself. This helps me when communicating with people who have different belief systems than my own."
"My advice is to believe that just because you weren't successful today, doesn’t mean that you won’t be tomorrow. There’s no substitute for hard work. Show up every day and do your best, and believe you will get there eventually. Also remember that It takes as much energy to make excuses for why you can’t do something, as it does to do it. So, like the Nike commercial, 'Just Do It'."
Lara is an extensive traveler, she has been to 22 of the 50 states in the US, Mexico, Canada, Belize, France, Italy, Spain, and England. On her bucket list are hiking the Cinque Terra in Italy and publishing a novel. It is the “the love, hope, and promise of children” that gets her up in the morning every day and she thinks "Mountain kids are the best kids.”
Read more Principal Spotlight
Show All Videos
"I am always doing that which I cannot do, in order that I may learn how to do it."
- Pablo Picasso

Our Mission is to collectively inspire every child in every classroom every day. We ensure an exemplary education with diverse opportunities and we accept no limits on the learning potential of any child.
Show Full Strategic Plan